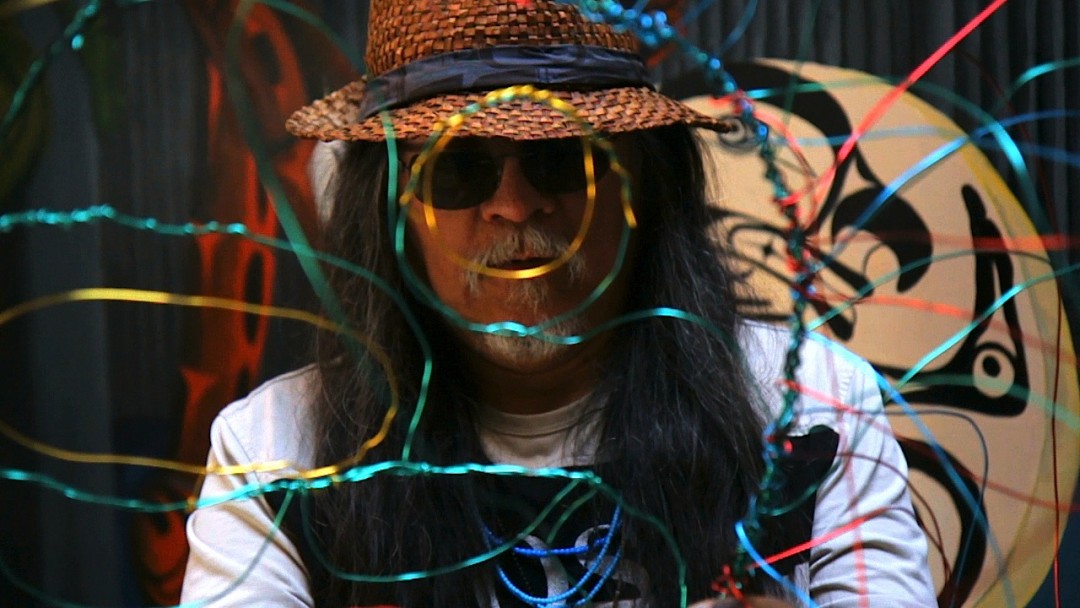 Beyond Unceded Territories dives deeply into the perspective of artist and activist Lawrence Paul Yuxweluptun. Yuxweluptun is one of Canada’s most outspoken and influential contemporary artists. He is of Cowichan and Okanagan First Nations decent. His work is highly political and confronts issues of colonization, capitalism, climate change, and oppression head-on. He recently collaborated on a virtual reality film, Unceded Territories, with director Paisley Smith, making issues of climate change tangible for audiences when they unknowingly embody the suited, evil ‘Super Predator,’ often depicted in his work. In Beyond Unceded Territories, Yuxweluptun shares his feelings honestly against a backdrop of climate and pipeline protests on the unceded territories of the Coast Salish peoples–Sḵwx̱wú7mesh (Squamish), Stó:lō and Səl̓ílwətaʔ/Selilwitulh (Tsleil-Waututh) and xʷməθkʷəy̓əm (Musqueam) Nations.” Yuxweluptun uses his art as a tool to effect change – and change is coming.

The first time working with Yuxweluptun was in 2016 at the Museum of Anthropology at UBC, helping to share his vision for his upcoming Unceded Territories exhibition. Over 61,000 views on Facebook, with 800 likes, 57 comments, and 1300 shares leading to the largest opening in MOA history on May 10, 2016.

Created for The Museum of Anthropology at UBC
With Lawrence Paul Yuxweluptun:
Unceded Territories

Vancouver artist Lawrence Paul Yuxweluptun, of Coast Salish and Okanagan descent, is showcased in this provocative exhibition of works that confront the colonialist suppression of First Nations peoples and the ongoing struggle for Indigenous rights to lands, resources, and sovereignty.